Detect It Easy, or abbreviated “DIE” is a program for determining types of files.

“DIE” is a cross-platform application, apart from Windows version there are also available versions for Linux and Mac OS.

Many programs of the kind (PEID, PE tools) allow to use third-party signatures. Unfortunately, those signatures scan only bytes by the pre-set mask, and it is not possible to specify additional parameters. As the result, false triggering often occur. More complicated algorithms are usually strictly set in the program itself. Hence, to add a new complex detect one needs to recompile the entire project. No one, except the authors themselves, can change the algorithm of a detect. As time passes, such programs lose relevance without the constant support.

Detect It Easy has totally open architecture of signatures. You can easily add your own algorithms of detects or modify those that already exist. This is achieved by using scripts. The script language is very similar to JavaScript and any person, who understands the basics of programming, will understand easily how it works. Possibly, someone may decide the scripts are working very slow. Indeed, scripts run slower than compiled code, but, thanks to the good optimization of Script Engine, this doesn't cause any special inconvenience. The possibilities of open architecture compensate these limitations.

DIE exists in three versions. Basic version (“DIE”), Lite version (“DIEL”) and console version (“DIEC”). All the three use the same signatures, which are located in the folder "db". If you open this folder, nested sub-folders will be found (“Binary”, “PE” and others). The names of sub-folders correspond to the types of files. First, DIE determines the type of file, and then sequentially loads all the signatures, which lie in the corresponding folder. Currently the program defines the following types:

The following command will open the Detect It Easy GUI:

Analysis of the file /mnt/disk_d/Share/testfiles/file1 showing the results in the graphical interface:

Analysis of a file without an extension located at the path /mnt/disk_d/Share/testfiles/file1 to determine the file type:

Analysis of all files located in the current directory to determine file types:

How to install Detect It Easy

The program is pre-installed on BlackArch. To install in minimal builds run:

Go to the releases page to download the compiled program files: https://github.com/horsicq/DIE-engine/releases

Unzip it and go to the program folder.

Double-click the die.exe file to open the Detect It Easy GUI. 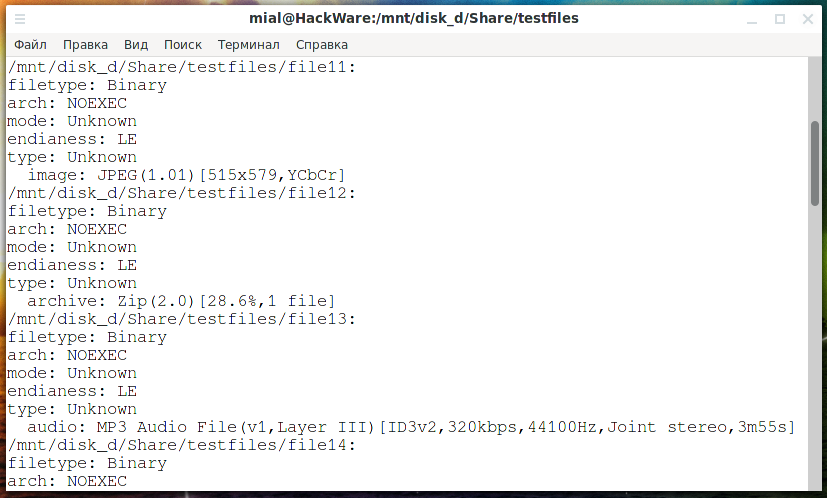 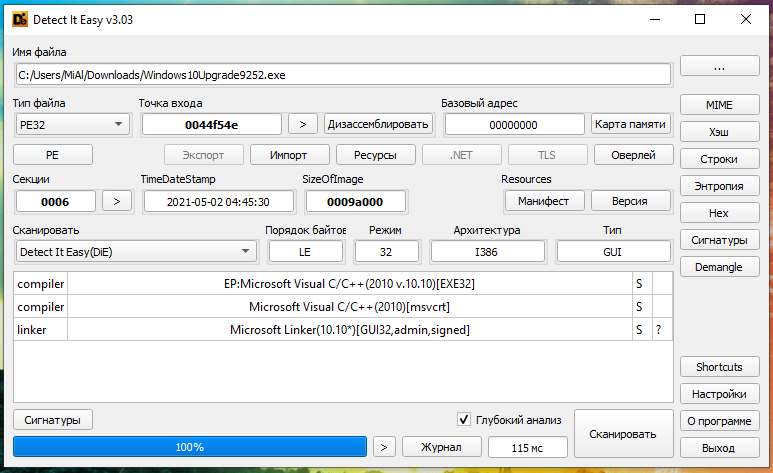 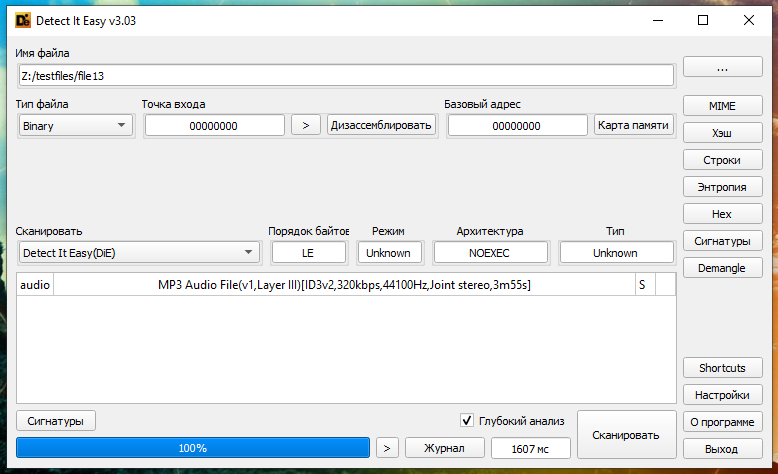