The most common form of authentication is the combination of a username and a password or passphrase. If both match values stored within a locally stored table, the user is authenticated for a connection. Password strength is a measure of the difficulty involved in guessing or breaking the password through cryptographic techniques or library-based automated testing of alternate values.

A weak password might be very short or only use alphanumberic characters, making decryption simple. A weak password can also be one that is easily guessed by someone profiling the user, such as a birthday, nickname, address, name of a pet or relative, or a common word such as God, love, money or password.

That is why CUPP was born, and it can be used in situations like legal penetration tests or forensic crime investigations.

CUPP has a cupp.cfg config file with instructions.

You need to go to the directory with the installed program, otherwise an error occurs at startup.

At startup, the following information is collected about the victim:

About Leet mode from Wikipedia:

Leet (or "1337"), also known as eleet or leetspeak, is a system of modified spellings used primarily on the Internet. It often uses character replacements in ways that play on the similarity of their glyphs via reflection or other resemblance. Additionally, it modifies certain words based on a system of suffixes and alternate meanings. There are many dialects or linguistic varieties in different online communities.

If you installed CUPP from the standard repository, then use the command to find the configuration file:

In Kali Linux, the path to the configuration file is /etc/cupp.cfg

In BlackArch, the path to the config file is /usr/share/cupp/cupp.cfg

The following is the contents of this file comments. Lines that start with the "#" character are inactive (comments).

How to install CUPP

The program is pre-installed on BlackArch. 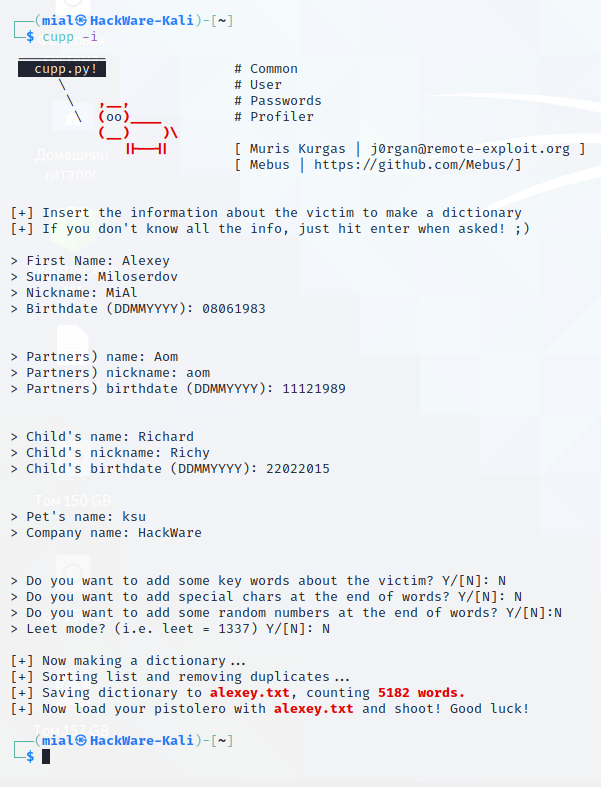 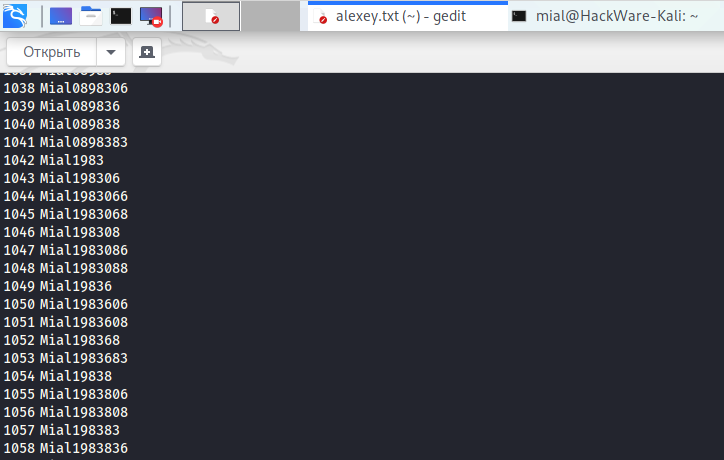